Peguis First Nation – On Friday the Federal Court issued a written judgement that Canada failed to fulfill its duty to consult with Peguis concerning the Manitoba-Minnesota Transmission Project.

It is well-known that the duty to consult is a process aimed at effecting reconciliation with First Nations. Here, however, the federal Government’s flawed approach to consultation frustrated reconciliation. “Less than a week before the federal statutory holiday for Truth and Reconciliation, we now have a Court judgement that cleary shows that Canada failed to implement reconciliation with Peguis,” states Chief Glenn Hudson of Peguis. “The teaching for Canadians should be that injustice by the Federal Government continues as a present-day problem.”

Canada’s courtroom strategy was to lay blame on Peguis for the inadequate consultation. A strategy that failed. Instead, the Court stated that there was no effort by Canada to determine Peguis’ approach to consultation was tough. But we were also respectful and reasonable,” confirms Chief Glenn Hudson. “For our members, our administration diligently engages with all governments regarding all projects within our territory. Those responsible to consult with Peguis should know that our approach will always be the same.”

In the meantime, Peguis welcomes a re-initiated consultation on the Manitoba-Minnesota Transmission Project. The Project is an international power line operated by Manitoba Hydro. It runs from Winnipeg to the Manitoba/Minnesota border, crossing Treaty 1 territory. 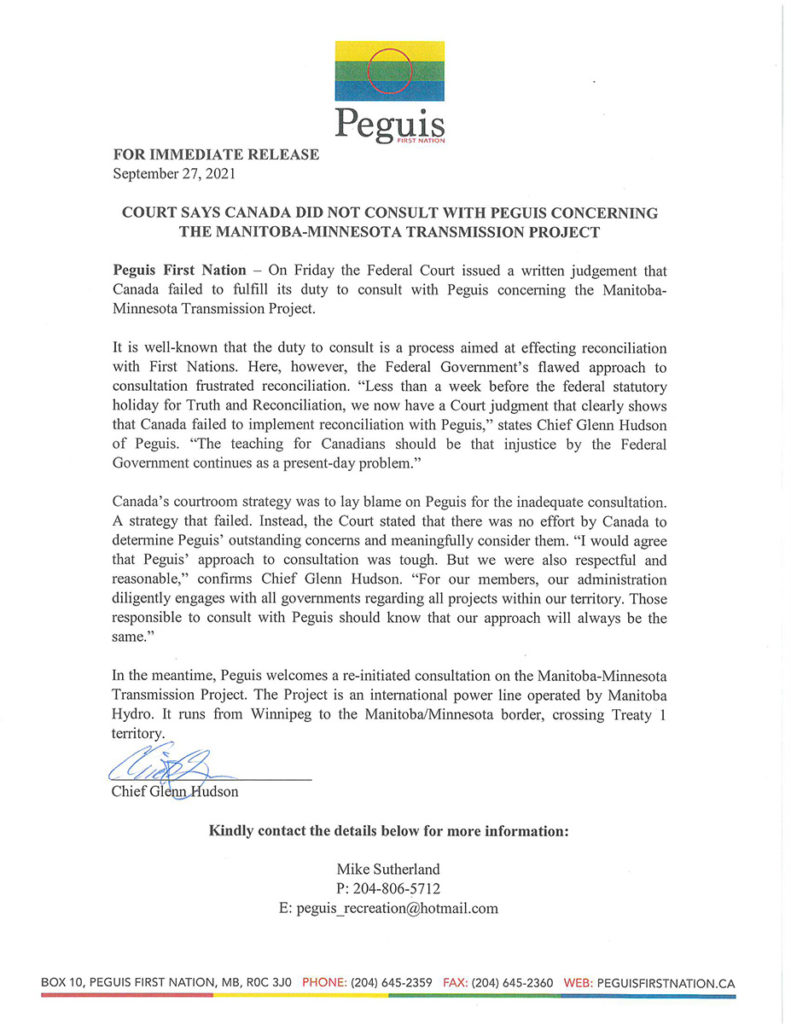