MJardin Group, Inc. (“MJardin” or “the Company”) (CSE: MJAR) (OTCQX: MJARF), a leader in premium cannabis production, announced today that it has received its cultivation and processing license from Health Canada for “Warman”, a 120,000 sq. ft. retro-fitted cultivation facility located in Winnipeg, Manitoba, the largest in the Company’s portfolio.

The Warman facility is the basis for the previously announced joint venture between Peguis First Nation and MJardin that will see Peguis acquiring the land and building on the site for a reported C$11 million and securing a 51% ownership of the cannabis production facility to be operated out of the site for a further $21 million dollars.

“Our partners have been working very hard to get to this day and we look forward to reaching full production and employment capacity in 2020 and bringing this significant economic development project to full fruition”, stated Peguis First Nation Chief Glenn Hudson.

Design plans for the full Phase 1 and 2 areas of the Warman facility were released this summer and include a hybrid facility encompassing indoor and greenhouse production capacity, along with full EU GMP certified extraction, processing and packaging capabilities. The completed Phase 2 build-out, expected to be complete in Q4 2020, will see the facility reach production capacity of approximately 4,500 kg of high-quality dried flower and 800 litres of bulk oil for use in refined products.

This is the latest milestone in a strategic plan created by Chief and Council in 2017 and approved by the Peguis community in a series of meeting held last year.  Chief Hudson described the emerging Cannabis Industry as the “New Buffalo”.  “This is one of the major elements of a strategy that will see Peguis secure a major position across the full spectrum of the Cannabis industry, as was approved by the Community last year.  Peguis will own and operate a state of the art production facility that will reach full production next year and have land and space for future growth, initially one and now plans for up to six Retail Stores and two Pain Management Clinics with continued efforts to explore options for future growth in this area in Manitoba.”

These operations will generate over 200 new jobs for which Peguis members will be provided preferred access.  Chief Hudson expanded on this point, “The businesses will generate material levels of new revenue for the community that can be used to fuel housing, elder care and support for our youth and literally hundreds of new direct and indirect jobs.  Peguis Employment will be working with our partners on the best ways to engage and inform community members about job opportunities that these businesses will bring. At the Warman site the initial jobs will be for the construction of the facility (short term) and then future operations of the facility (future full-time jobs).  Peguis will announce future milestones as they are achieved, and we look forward to providing further information as Phase 2 progresses later in 2020.  These are incredibly exciting times for Peguis First Nation.  We are building the foundations for the next seven time seven generations.” 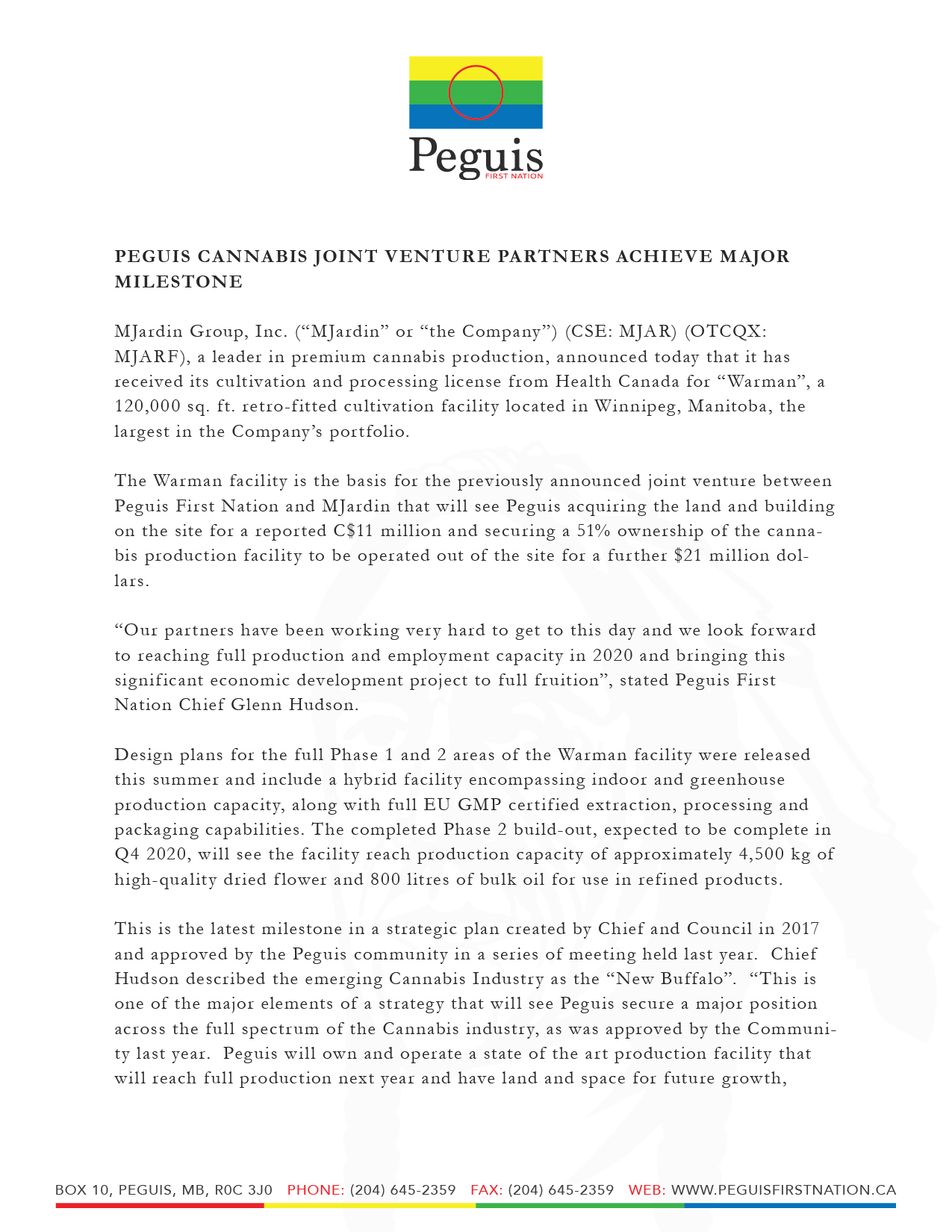 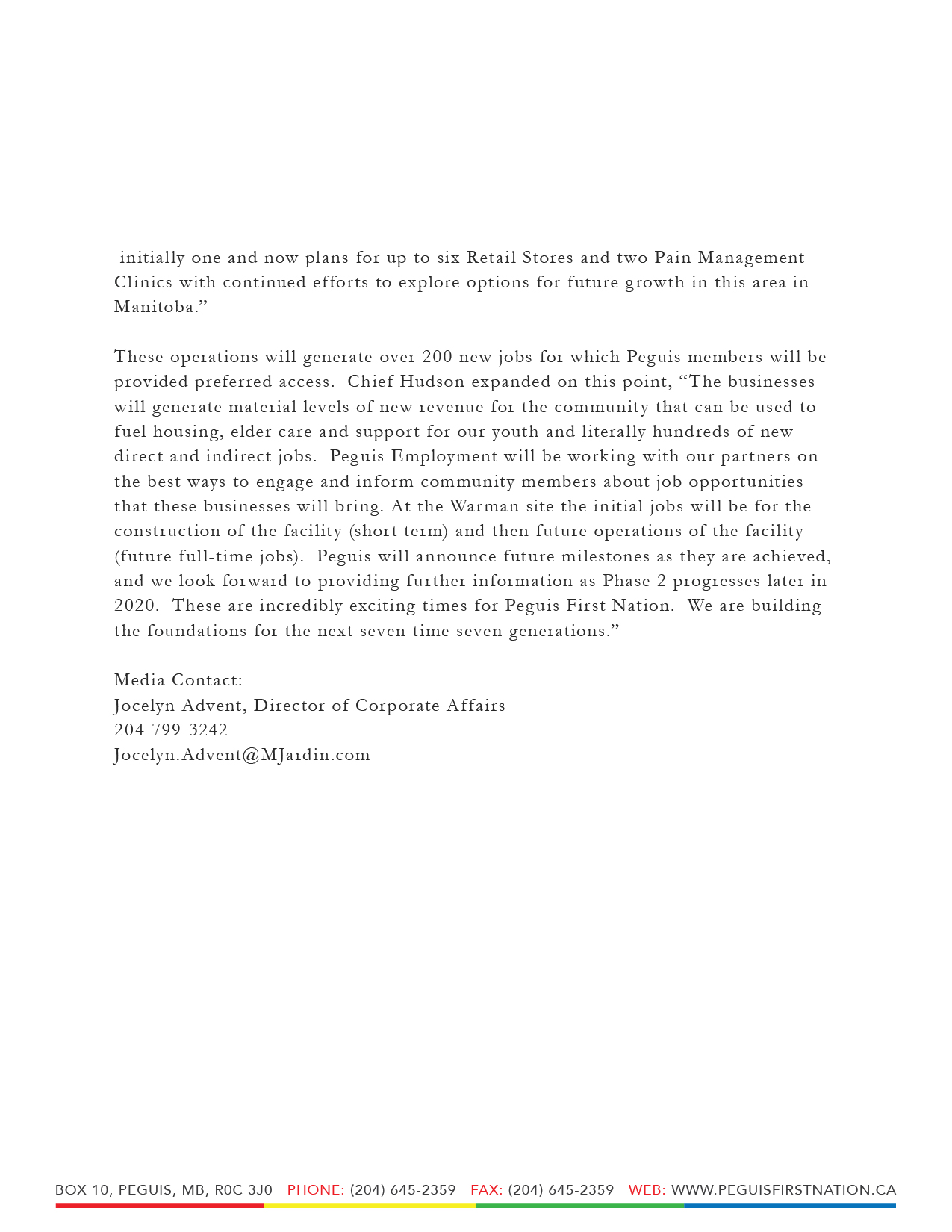