RE:   PEGUIS TO BROADCAST NHL ALUMNI GAME IN OJIBWAY

On Saturday, February 29, 2020, Peguis First Nation will broadcast a special NHL Alumni hockey game, during Rogers Hometown Hockey Tour, in our traditional Ojibway language. The Alumni game is scheduled for 11:00 a.m. at the state of the art Peguis Multiplex.

Special Guest announcer Frank Beaulieau will broadcast, alongside our very own Chief Glenn Hudson, in Ojibway language on Country Rock Radio 102.7 FM. The broadcast will also be streamed online at www.peguisfirstnation.ca.

“Our language is our identity. This is a great opportunity to integrate our culture into this exciting weekend full of NHL Hockey and family events,” said Chief Glenn Hudson. “I am honored to be announcing the NHL Alumni game in my traditional Ojibway language, with Frank Beaulieau and on Peguis First Nation land.”

Peguis First Nation Chief Glenn Hudson and Council would like to invite all surrounding communities and hockey fans to come enjoy the Rogers Hometown Hockey Tour and Peguis Winter Carnival from February 27 – March 1, 2020. 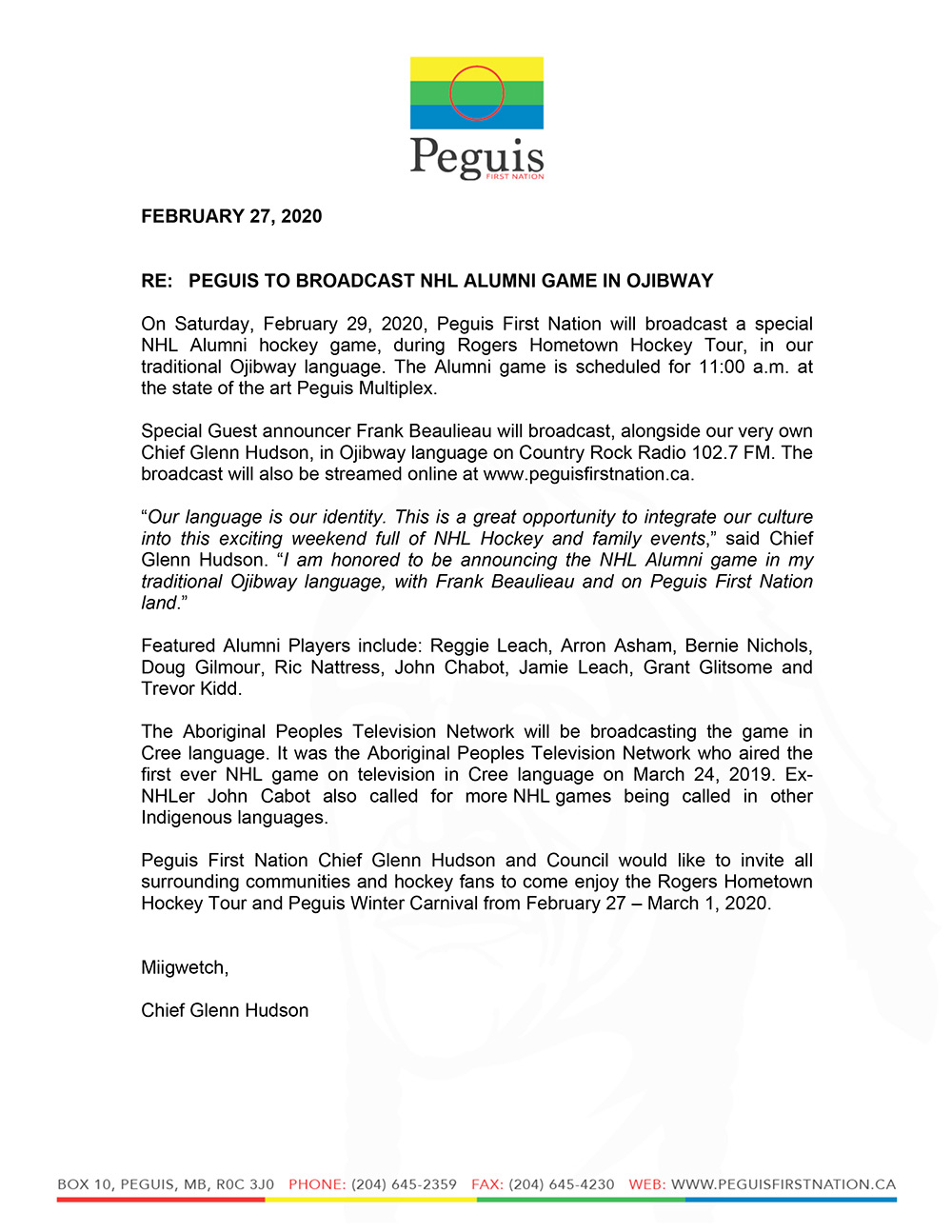